On Monday, thousands of largely anonymous Capitol Hill’s staffers won the ability to unionize for the first time — and workers in eight Democratic congressional offices immediately filed union petitions. The effort was fueled by an “upswell of organizing activity [around the U.S.] like nothing I’ve seen in my whole […]

The effort was fueled by an “upswell of organizing activity [around the U.S.] like nothing I’ve seen in my whole adult lifetime,” Rep. Andy Levin (D-MI) told Yahoo Finance Live on Thursday.

Levin — a former union organizer himself who sponsored the resolution that made the unions possible — emphasized that it was the staffers themselves who fueled the movement to improve their working conditions.

Staffers in the Capitol, in spite of the glamorous surroundings, can make wages that simply aren’t enough to live comfortably in Washington D.C. Those concerns — as well as issues with work environments and racial tensions — were crystallized by a widely read Instagram account called “Dear White Staffers” that documented a side of working on Capitol Hill that few ever see.

These liberal lawmakers hold the unusual position of representing the management of their offices while also supporting the union movement.

Asked about how management in the private sector, specifically at Starbucks and Amazon, were handling their union drives, Levin said: “They’re handling it very badly, and they’re allowed to handle it badly by our very weak labor laws.”

New union elections have have risen 60% in the last year, Levin noted, arguing that Washington should act to boost funding for the National Labor Relations Board.

On Capitol Hill, the “Dear White Staffers” account and other videos revealed that some aides received such little pay that they need food stamps to survive. Organizers of the effort also note that the low compensation can often dissuade potential applicants who can’t subsidize those low wages.

“Do we want to have the Congress staffed by Americans in all their diversity?” Levin asked in interview with Yahoo Finance. The alternative, he noted, would be to limit the opportunity to “the children of wealthy families, because their families can support them in some other way.”

A recent House Diversity and Inclusion report found that the median annual pay for House staffers was $59,000. But entry-level staffers often make far less, often in the $30,000 range.

A recent 2022 Cost of Living Index release placed Washington DC as the fifth most expensive place in America. The government’s Bureau of Economic Analysis placed average annual personal consumption expenditures inside the District of Columbia in 2020 at $65,169.

Speaker Nancy Pelosi (D-CA) recently announced that the salary floor would rise to a minimum of $45,000 for House staffers in the fall. One of the early efforts from the newly formed Congressional Workers Union is to push for a $45,000 minimum salary for the Senate side.

Levin says he is setting a minimum in his office of $55,000, arguing that other Congressional offices have the flexibility within their set budgets to do the same.

‘We are unionizing the United States Congress’

In February of this year, organizers of what would become the Congressional Workers Union approached Rep. Levin to push forward the resolution. By May, the resolution had passed the House and set a 90-day delay before it went into effect.

That clock expired this past Monday, spurring the initial flurry of activity.

“This is just the beginning — worker power is contagious,” Rep. Omar said during a press conference this week.

The organizers have indeed signaled that wider goals beyond just signing up more offices. In one example, this week civil disobedience actions spotlight the working conditions faced by Senate food workers.

In the end, Levin said, “I think this could have a major, major impact for working conditions on Capitol Hill.”

Ben Werschkul is a writer and producer for Yahoo Finance in Washington, DC.

Read the latest financial and business news from Yahoo Finance

Snap 'is going through a near-death experience,' analyst explains

Fri Jul 22 , 2022
Snap’s stock crash on Friday after a dismal second-quarter earnings report and brutal call is well warranted, one analyst explained to Yahoo Finance. “I feel like the company is going through a near-death experience,” MKM Partners Analyst Rohit Kulkarni said on Yahoo Finance Live (video above). “It’s macroeconomic, Apple and […] 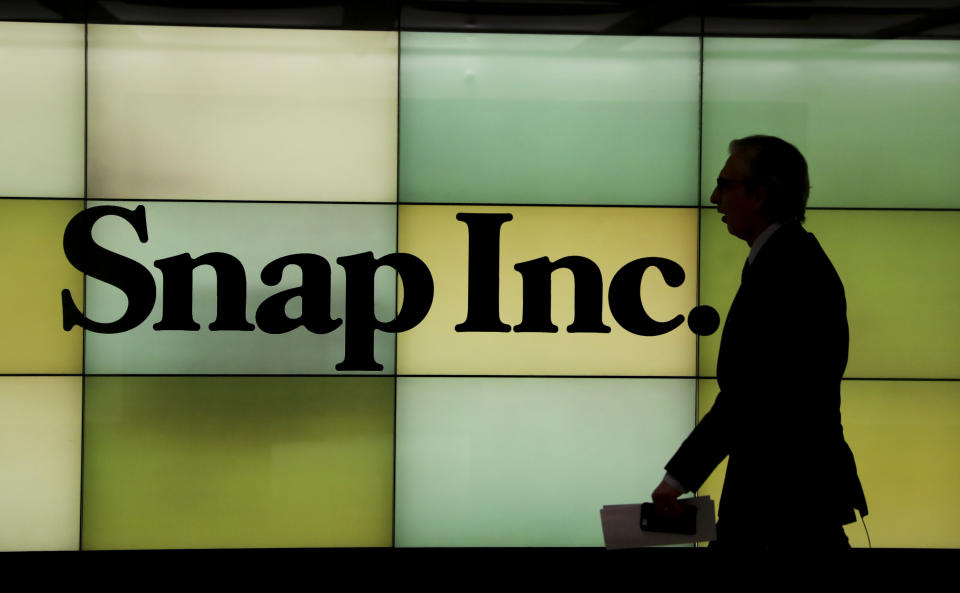